Converting large-scale public venues into Fangcang shelter hospitals in order to increase the medical capacity of an urban area is one of the most important aspects of disaster preparedness and crucial to the rapid improvement of a city’s healthcare system during a pandemic.

Using data from 21 January to 21 February 2020 published by the Chinese Health Commission, research led by Yuwen Cai from Nanchang University found that the establishment of Fangcang shelter hospitals had significantly reduced patient mortality. And, another paper, led by Weihong Zhu MD, and Yang Wang MD, from the Second Xiangya Hospital, Central South University at Changsha, concluded that rapid admission, low cost and easing of public anxiety are the three key advantages of building Fangcang shelter hospitals. 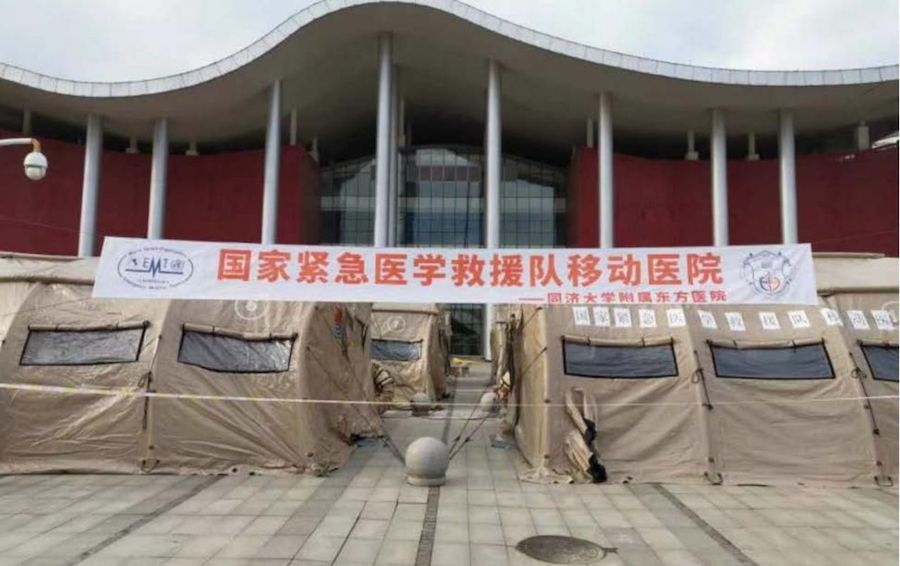 In this latest BMJ Global Health paper, the authors examined the 16 Fangcang shelter hospitals established in Wuhan and concluded that the large-scale public venues expropriated during a pandemic have five key features. Firstly, they’re located at the centre of an urban area but away from susceptible areas. This, explains the paper, prevents the concentration of patients in a certain area ,which may result in cross-infection and increase the burden on medical resources and supplies. The shelter hospital should also be sited away from high-density residential areas, schools and other densely populated areas in order to reduce the risk of virus transmission.

Secondly, accessibility is important. Large-scale public venues are often in the centre of a large metro area and adjacent to multiple arterial roads. Once these venues had been converted into Fangcang shelter hospitals, there was a high demand for convenient transportation, reports the paper. In addition, large-scale venues are often close to traditional hospitals, and patients whose symptoms deteriorate from mild to severe can be quickly transferred for further treatment.

A third feature is spacious outdoor areas, which, according to the paper, enable the rapid arrival and evacuation of ambulances, the construction of temporary auxiliary tents, and the installation of medical facilities. At the Wuhan Living Room exhibition complex, for example, seven tents were set up as passage for health workers, while 13 tents were used as command centres and auxiliary rooms, connecting to a remote consultation centre.

Plenty of indoor space is a fourth feature. According to the paper, most large-scale public venues in China are long-span structures or frame structures with flat space and an indoor environment that can accommodate a large amount of people and equipment. The large-scale stadium can be easily renovated and partitioned, and can provide essential living conditions for a surge of infections. The paper provides the example of Wuhan International Expo Center, which has a total construction area of 127000m2. After conversion, it provided 1600 beds and treated 1848 cases before it was closed.

Finally, large public venues have the advantage of a reliable and easy-to-remodel power supply. Medical instruments, such as CT equipment, have high requirements for power supply, and large-scale venues can meet these needs after minor remodelling, says the paper, which goes on to consider a number of key design points for shelter hospitals.

The architectural layout of these facilities, says the paper, should include a contaminated zone, a semi-clean zone and a clean zone, along with separate passages for health workers and patients. In the contaminated zone, wards should be partitioned with fire-resistant material and meet evacuation standards. In each zone, there should be no more than 42 beds and at least two evacuation exits.

The architectural design should also include essential living facilities, such as toilets, barrier-free access and storage rooms, says the paper. Foam-blocked mobile toilets are preferred, and toilets for medical staff and patients should be separated. They should also be built downwind, away from dining areas and water points, it adds.

Remodelling of the ventilation system for negative pressure should make use of the original systems, says the paper, and the air supply and exhaust strategies should be altered to form a pressure gradient between the clean zone, the semi-clean zone and the contaminated zone. Air purification and disinfection devices should be used for air-conditioning systems in a contaminated zone and semi-clean zone, adds the paper.

Temporary tanks for sewage treatment should be set up, advises the paper, with chlorine and peroxyacetic acid applied to sterilise and disinfect the sewage. Another possibility is the use of mobile hospital-specific plasma equipment for sewage treatment. The paper also underlines the importance of installing an automatic monitoring system for water quality inspection at the treated sewage outlets to ensure that standards are met for the discharged sewage.

Problems  with construction and management

The paper concludes with a discussion on some of the problems associated with the construction and management of Fangcang hospitals.

Firstly, at the start of the outbreak, the approach was to build new temporary hospitals, but their capability and capacity to admit, treat and quarantine patients were found to be limited. In future, says the paper, large-scale public venues in cities should be prepared to be converted to medical emergency sites during disasters. Local emergency action plans should include details of the large public venues, together with the prerequisites and procedures for renovation.

Secondly, the paper recommends that in future, medical emergency shelters should be included in the architectural design and construction plan of designated large-scale public venues. It suggests that the layout for a temporary hospital should be planned in advance, and the installation interfaces of the ventilation system and sewage treatment system should be reserved. During the initial design stage of large public venues, preparing for multiple disasters such as earthquakes, floods and fires should also be considered, the paper advises, along with the provision of interfaces for converting them into shelters during disasters.

Finally, the paper points out that in the early stage of operations of Fangcang shelter hospitals, problems emerged with regard to insufficient on-site management experience, leading to confusion with responsibilities and a high turnover of medical staff. The working team in Fangcang shelter hospitals was temporarily composed of local government and medical rescue teams from other provinces. Clarifying each person’s responsibilities and ensuring the stability of the team are prerequisites to the effective operation of a shelter hospital, says the paper.