Protecting nature is protecting our health

Biologist and nature conservation expert Carles Castell Puig hopes this period of economic lockdown, where for many the pace of life has slowed, will help us rethink our priorities and allow us to reset our relationship with nature – for the benefit of the planet and indeed our own health.

Beyond the news of the evolution of the coronavirus pandemic, numerous articles and reflections are appearing from the most diverse areas of knowledge. The present and future derivatives of this deep global crisis are analysed by the fields of economics, sociology, philosophy and culture, to give just a few examples, posing myriad scenarios and challenges for humanity.

Few contributions, however, have emerged from environmental disciplines and, more specifically, from the conservation of the natural environment, despite the fact that it has a very direct and fundamental relationship with the current epidemic and with the risk that this situation will become increasingly frequent in times to come.

Many scientists have shown how the impact of unsustainable human activity on natural systems causes the degradation of habitats and the loss of biodiversity. One of the latest reports, the IPBES’ 2019 Global Assessment Report on Biodiversity and Ecosystem Services, presented in Paris last year, speaks of a million species at risk of extinction worldwide. Beyond ethical considerations about the annihilation of the common natural heritage, a complementary, more anthropocentric vision has emerged; it’s one based on the services that ecosystems offer us – that is, the contribution of nature to our health and wellbeing.

We are no longer talking only about a moral or aesthetic position on the importance of conserving a certain species or ecological process, but recognising that our wellbeing and quality of life depend on all of this. Nature provides us with food, water, fuel and medicine; it regulates the climate, protects soil fertility, reduces erosion and avoids extreme catastrophic events; and it offers environments for leisure, sports, education, art or spirituality. In a society increasingly concentrated in large cities, sedentary lifestyles and the loss of habitual contact with nature are factors directly related to numerous diseases and physical and mental disorders, such as obesity, diabetes, hypertension and depression. 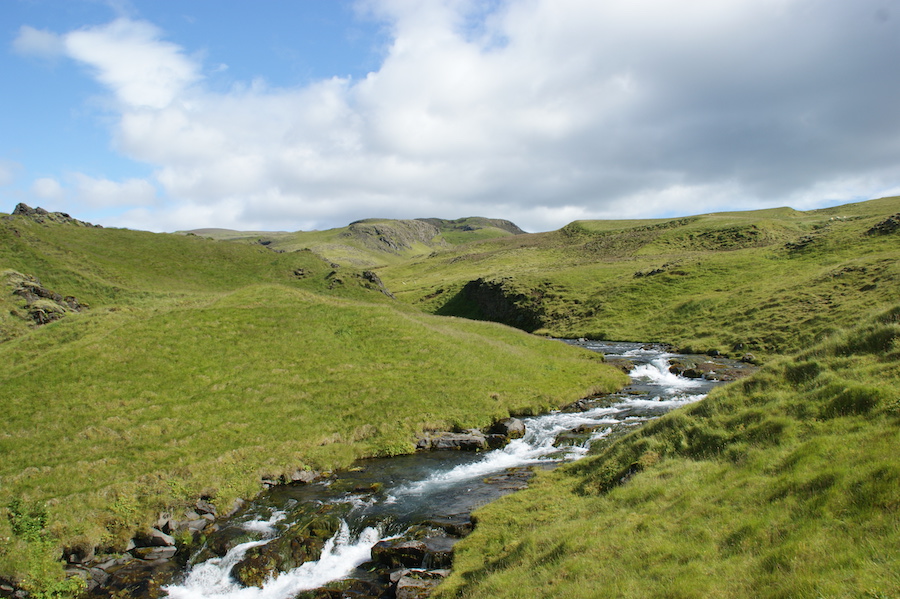 Several studies developed in Europe show how a vigorous daily walk of half an hour in a natural environment can reduce the risk of heart attack and stroke by 20-30 per cent, diabetes by 30-40 per cent, hip fractures by 36-68 per cent, bowel cancer by 30 per cent, breast cancer by 20 per cent, and depression and dementia by 30 per cent. Other recent works affirm that the “dose of nature” necessary to contribute to good physical and mental health is around two hours per week. In this general context, nowadays we must consider how natural systems also play a key role in the appearance and spread of epidemics that affect human species.

In the article ‘The Ecology of Disease’, published in the New York Times in July 2012, Jim Robbins collected and analysed the main lines of research at that time on epidemics, and their relationship to the degradation of natural habitats. The models already indicated how most epidemics (AIDS, Ebola, SARS) do not happen “simply”, but are largely the result of our impact on nature.

The data showed how 60 per cent of emerging epidemics originate from animal species and two-thirds of these from wildlife. The changes we cause in their habitats (often the complete destruction) cause changes in the biology of fauna species – their diet, behaviour, reproduction, mortality – which can have important repercussions on human populations. For this reason, scientists talk about “the ecology of diseases” and some projects with a global vision of health (Ecohealth) have been launched, based on the fact that people’s health is absolutely linked to the health of ecosystems and the health of the planet as a whole.

There are numerous scientific evidences that demonstrate these relationships. One of the most studied fauna groups, owing to its importance, is bats, especially those that feed on fruits. This group has co-evolved over millions of years with a type of virus, henipaviruses, which cause little more than the equivalent of a cold in these animals. However, if these viruses are passed on to humans they are lethal in many cases.

This is what happened with the Nipah virus in Malaysia and the Hendri virus in Australia at the end of the last century, where hundreds of deaths were the result. In both cases, the origin was the destruction of bats’ habitat, which interacted with the new environment: pig farms, in the case of Malaysia, and new developments, in Australia. There are many other examples, too; for instance, a study from 2010 showing that deforestation of only 4 per cent in the Amazon caused an increase in malaria of around 48 per cent. In the eight years since publication of Robbins’ article in the New York Times, scientific works have continued to confirm and expand the knowledge – and relevance – of this direct and worrying causality.

Today, many experts point out that all emerging diseases in recent decades stem from the combination of human intrusion into natural environments with demographic and economic changes. The pathogens that cause these diseases, and their subsequent mutations, emerge from wildlife and reach people through the intense transformations that we produce in the natural environment. Globalisation and large urban agglomerations do the rest.

Destroying nature has been said to be like opening Pandora’s Box. On the contrary, well-preserved natural systems are the guarantee of maintaining the fragile equilibrium that, when broken, causes pandemics like the current one. Unfortunately, if we do not radically change our model of use of natural resources, they will become increasingly common.

Once the current health emergency is over, it will be time to consider profound changes to our model. In all fields. And in our relationship with nature, too. Natural systems must be protected, conserved, restored and rationally managed. This logically goes through a change of social, economic and political paradigms, along the same lines of initiatives based on the economy of the common good and social justice, among others.

Hopefully, this period of slowing down the pace of our lives will help us in rethinking our priorities – both as individuals and as species. We are risking current happiness and future survival.

Carles Castell Puig is a biologist and expert in nature conservation with a PhD in Ecology.