Where is a planner’s place in ‘reimagining’ the city?

Over the past decade in the UK, the role of urban planners has been steadily eroded. The COVID-19 pandemic, says Amy Outterside, offers a chance for the profession to reassert itself, with a focus on protecting the health and wellbeing of citizens at the forefront.

Among the devastating impact of the COVID-19 pandemic, some silver linings are revealing themselves. An extra hour in bed, not wasting the day commuting, having access to healthier homemade lunches, and coming to understand what a weekend dedicated to rest and recuperation feels like. Come to think of it, do we really want to go back to how things were?

For professionals involved in the infrastructure of the city, this is the closest we’ll ever get to a blank slate. London’s mayor, Sadiq Kahn, recently expressed that the reopening of London will mean “a fundamental reimagining of how we live our lives in this city”. Such reimagining takes courage, creativity and revolutionary thinking to harness this fleeting opportunity and pave a new way of living. A city where residents might enjoy their daily exercise through their commute, or get access to fresh and affordable produce among car-free streets. It begs the question: whose responsibility is it to dream up these new futures and take action?

Planners remain intelligent, well-educated and informed professionals, yet they have lost their status in society as important, visionary people. Back in 2012, David Cameron promised that his government was “determined to cut through the bureaucracy that holds us back – and that starts with getting the planners off our backs”. This destructive discourse undermined the status and respect of planners across the country. Usurped by their own government, planners have taken a back seat. Instead of questioning development and the possibility of engaging the environment to elicit positive social-cultural change, they have become extremely well versed in managing the bureaucratic system under the relentless pressure of financial gain; all too often having inequitable social consequences.

Like the NHS, planners are passionate about their obligation to protect the health and wellbeing of citizens. Also, like the NHS, when undermined and unsupported, planners are unable to deliver the outcomes they strive to achieve. The self-worth of the planner has been knocked by strict austerity measures and little capital for freedom. With a lower sense of self-worth, confidence plummets. Without confidence there is no creativity, as this requires courage to speak out about permanently changing the system.

On 9 May, the UK Government provided £250m in funding alongside new guidance to local authorities to use immediately in road space reallocation, such as pavement widening for pedestrians, pop-up cycle lanes, and bus and cycle corridors. The Transport Secretary proclaimed this as “a once-in-a-generation opportunity to deliver a lasting transformative change in how we make short journeys in our towns and cities”. Active transport charity Sustrans is encouraging local authorities to make these changes now, using this blank slate to demonstrate creative, viable new ways of moving around the city, so that they can be made permanent in the future. 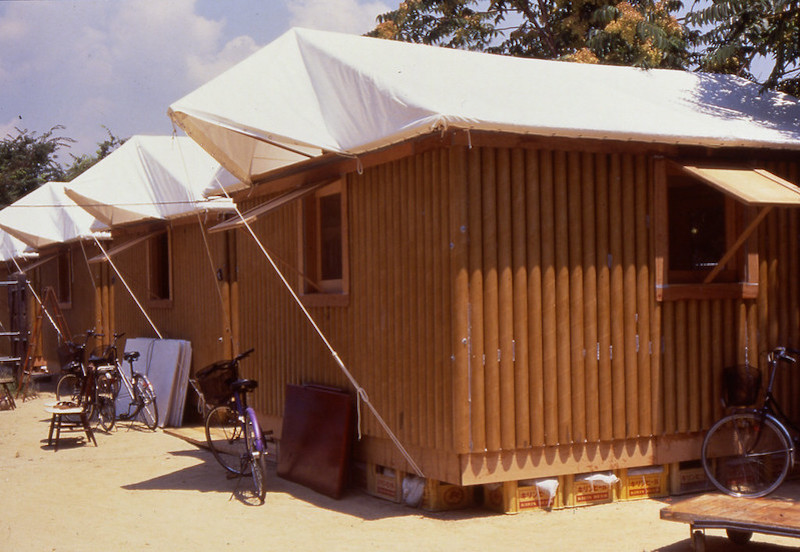 Planners must harness these opportunities for change and adopt an agile nature to keep up with this fast-paced world. They can become resilient in the face of politics and consumerism; to put the people first and gain public support in the place of scrutiny. Such resilience requires adaptability, flexibility and a willingness to learn new techniques and methods, keeping an open mind and positive approach to change. This is a distant cry from the restricted and cast-aside status of the planner. We must first start with confidence, utilising the beacon shone upon public health gifted by this pandemic; making ambitious decisions, which have been given the green light by government leaders, such as the repurposing of city streets for people. Once confidence underbeds action, planners can push the boundaries of what’s needed. 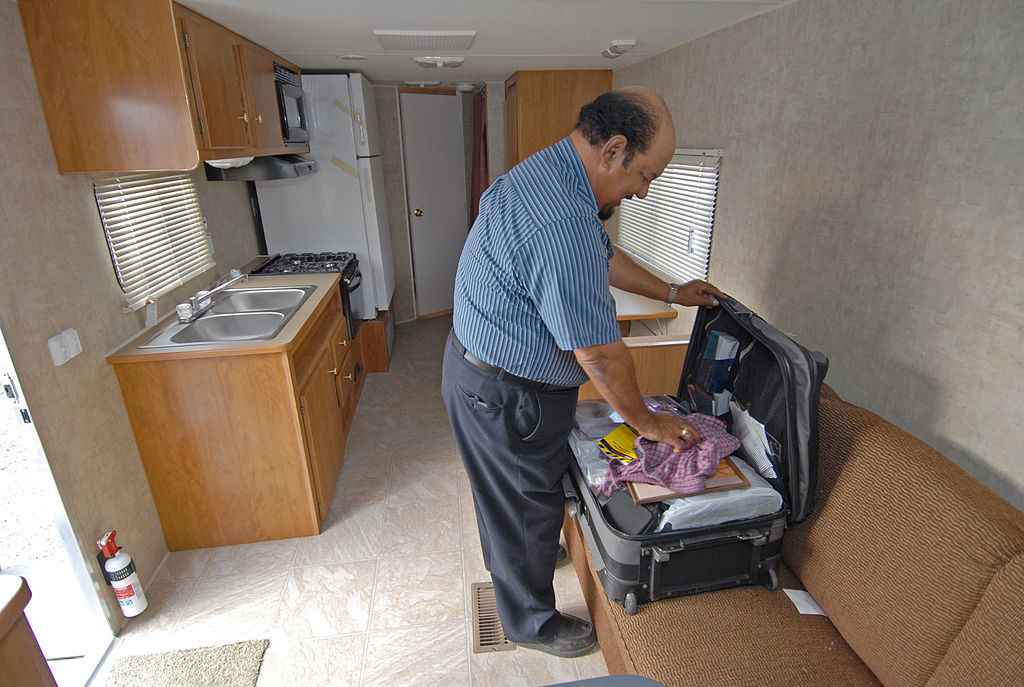 Responding to crisis: a call for action

The need for the built environment to mould quickly, effectively, and creatively to new circumstances with limited resources in a crisis is fundamental to supporting life. This has been demonstrated in countries struck with widespread crisis often as a result of natural disasters. Basic provision, design, and construction of temporary dwellings have been at the core of crisis response within developed countries for decades. Following the Kobe earthquake in 1995, Japan built temporary homes to house affected citizens. And following Hurricane Katrina in 2005, temporary homes were transported to Louisiana as part of relief efforts.

While earthquakes and hurricanes result in a loss of homes, the COVID-19 crisis has not led to the destruction of urban fabric. We have kept our homes yet our access to the outside world is limited, particularly in dense urban areas. This has brought attention to the health and wellbeing inducing aspects of space without an economic function. 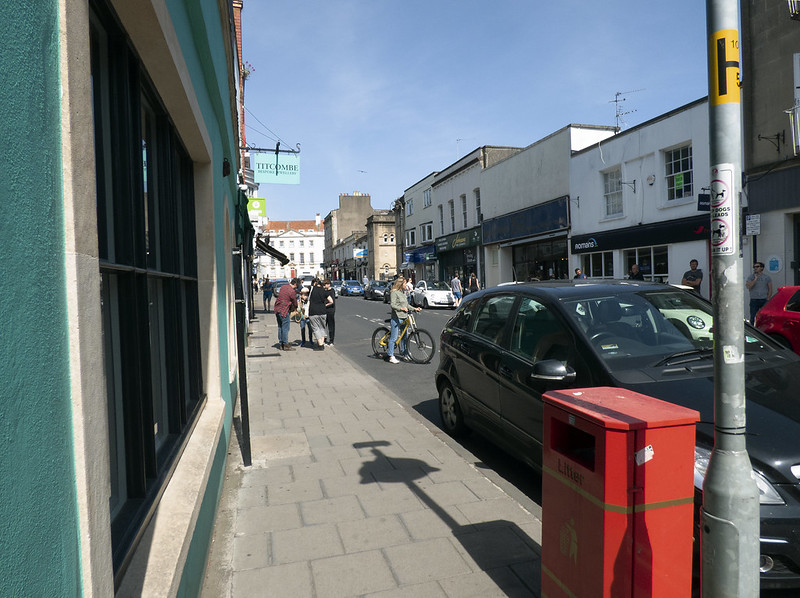 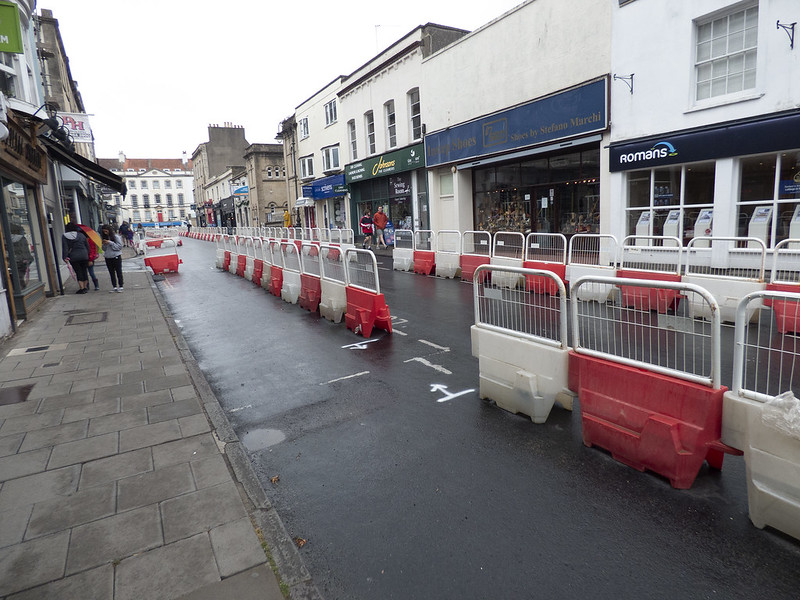 The power awarded to planners to repurpose city streets to create more pedestrian space to walk, socialise at a distance, and enjoy exercise is key to protecting the quality of lives during the pandemic. Conventional public transport methods are running limited services and their use for non-essential travel remains discouraged. As a result, many are turning to walking and cycling to move around their localities. There has been a 70-per-cent rise in the uptake of cycling in London, and changes being made across many of the city’s boroughs – and, indeed, elsewhere in the country – are reflecting this systemic shift: serving as visionaries for 21st century urban mobility.

Brunswick Square in central London heralds a great example of changes that have permanently taken back space for the pedestrian. The council has started construction on converting 1000m2 of road and roundabout into a pedestrian-only space, featuring new rain gardens and greenery.

While these temporary changes demonstrate how flexible local authorities can be in responding to a crisis, the courage to make permanent changes will test resilience and conviction in putting people first. In this respect, it is, to some degree, unfortunate that this crisis is likely to have a much shorter and less destructive impact than a natural disaster, as infrastructure hasn’t been broken and some may argue it doesn’t need to be fixed. Lockdown has already begun to ease, the roads have become busier, and making these changes may begin to appear less urgent, feasible or necessary. 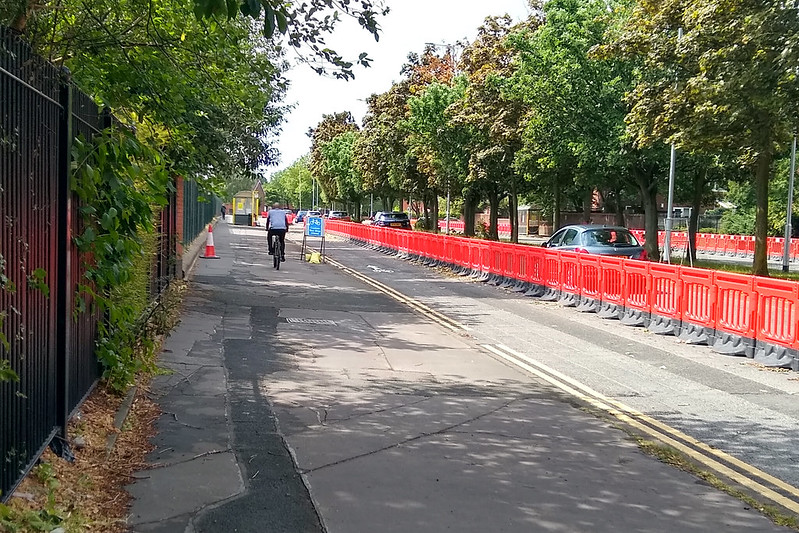 Yet, these changes are indeed urgent and necessary. COVID-19 should not be considered an isolated event; the socio-environmental benefits of the lockdown have brought attention to two other crises that planners are facing: poor population health and poor environmental health. These ongoing threats to society don’t have the shock of an earthquake or the immediate threat of a pandemic to instigate action in the same way, but they are just as harmful.

About 56,000 people die in the UK every year as a result of obesity and inactivity, costing the NHS £6.1bn a year and £27bn to the wider society. The temporary and permanent changes that planners are making during the pandemic to enable more active travel and give space back to the pedestrian makes sedentary vehicular travel less appealing. These are promising steps towards decreasing the overweight and obese demographics in the UK. Environmental benefits are also present – demand for electricity has dropped by 20 per cent owing to the lockdown, enabling the UK to run without coal-fired electricity for a month. And levels of toxic nitrogen oxide in the air have fallen by 50 per cent in busy traffic spots.

These positive social and environmental changes would not have happened without the pandemic, but now they have it is within the remit of planners to maintain these impacts and build on them. Only then will it be possible to see a reimagined city led by the reimagined status of the planner who, first and foremost, protects the health and wellbeing of the people.

Amy Outterside is an urban designer with a background in planning. After graduating with an MA with distinction in 2018, she pursued her interests in health-orientated planning with a private consultancy, applying her design-led mindset to a variety of contexts. Outside of work, Amy is developing a policy tool to help local authorities create healthier places through better design.